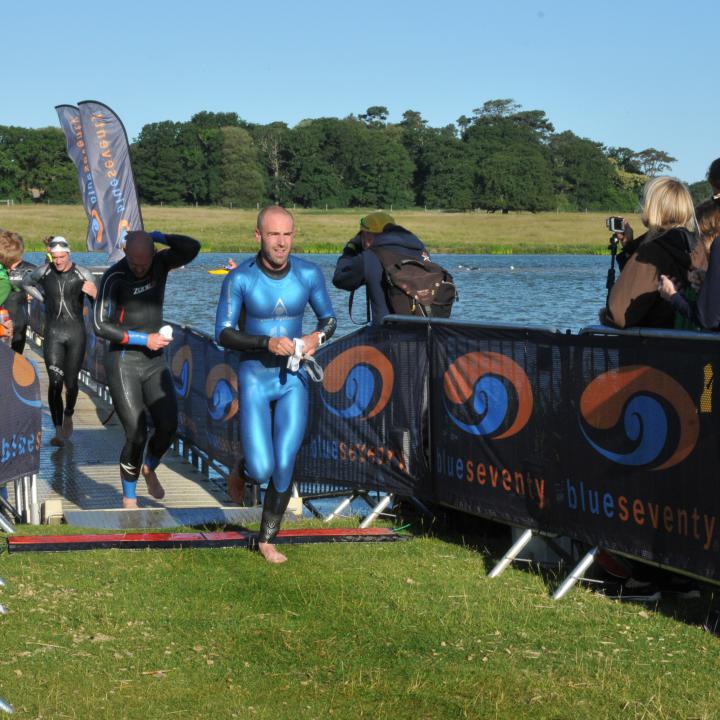 We are well over half way through 2017 now and it has certainly been a year of ups and downs. My year started with an amazing trip out to Dubai where I raced in the ironman 70.3.  Dubai was very different to what Iâm used to very busy and massive buildings a little different to my everyday life in the UK countryside however the trip was amazing itâs a different world this became clear when travelling around I realised every other car was either a Ferrari or Lamborghini and not a tractor. I am lucky to have a friend living there and he put me up for the week and showed me around which was much appreciated he even woke up at 4am on race morning to take me down to the start also coming back down to support during the race. The race started on the private beach at the Jumeirah Beach Hotel  swimming  the 1.9km in the Arabian gulf with a water temperature  of 23 degrees the clear blue sea was beautiful I pushed myself forward in the starting pen so I could hopefully get on some faster swimmers feet for a  tow. I ended up with a 38min swim a little slower than I hoped for but still progressing the right direction. Then came the bits Iâm good at by the time we exited the water the air temperature had started to rise and even at 7.30 in the morning was in the mid 20's. So we headed out into the desert for the 90k bike. As you can imagine itâs pretty flat out in Dubai and the only thing that really resembled a hill was going up over a flyover so I knew that if the winds stayed down it could be a quick bike.

The course consisted of 45k out in to the desert to a turnaround point then straight back in again all on closed. We had a little head wind on the way out but still managed to hold a good average speed then on the way back with the wind behind it was all go. I finished the bike leg with a good time of 2hrs 23mins only 23mins slower than the eventual winner Javier Gomez. So all was looking good for a great time at the end starting out on the run with a combined time of just over 3hrs surely I was on for a big Pb. With the temperature now in the 30s it was going to be a hot 21k run but I set out strong feeling good and strong running at 6.30per mile this was all going great until yet again around 14k in my stomach started to cramp I just couldnât shake it off and ended up with an average mile pace of about 8min per mile well below what I should be capable of. My finish time was still respectable 4hrs 56mins placing me 44 in my age group and 339 overall out of a big field of 1500 athletes.  Looking back on the race we think my stomach problems are down to nutrition something I have still yet to sort but I will keep trying different things and hopefully will soon crack it. All in all my start to 2017 was a good 1 and certainly a trip I wonât forget ticking off another part of the world I have visited.

Pretty much as soon as I landed back in the UK it was back to work and it was back to work with a bang 1 of our busiest times of year LAMBING.Lambing season is always nice to get into seeing all the new born lambs however the novelty soon wears off with very long days and sleepless nights while also trying to stay in reasonable shape. We lamb around 300 sheep at the moment and each of those will have anything from 1 to 3 lambs. This season the weather was on our side and once the lambs were born they were soon able to get out onto the grass fields. Seeing them running around always a great sight to see. Our lambing season normally starts mid-February and runs for around a month so I donât plan any races during this period and focus on the farm so by the end of March Iâm am chomping at the bit to get racing again.

My first race back was a Duathlon at Stathern in the Vale of Belvoir the race consisted of a 5k out and back run a 20k bike then the same 5k we started with to finish. With my training limited over the past 6 weeks I wasnât sure of my fitness but I gave it my all and managed to come away with 2nd place and 1st place in our Belvoir tri club championships so was really pleased with where everything was at. Next on the agenda was another Duathlon this time at the home of the Red Arrows RAF Scampton. This one again was a sprint distance so similar distances to Stathern however was a stronger field so could only manage a 5th place finish. Both races were a good start to my season and hopefully would set me up well going into the main part of my triathlon year.

Every year for the past 10 years I have made the trip down to London to work in the London marathon expo itâs a nice change from my everyday work and is always great to see the guys and girls who are part of our team. Basically our job is to help set up and oversee the smooth running of the show along with running a couple of stands. I run a T shirt printing stand and absolutely love it I get to talk to all the runners as they come through the show and hear about some of their amazing journeys on getting to the start line it is so inspiring. Unfortunately this year a back injury that I had a few years ago started to flare up and gave me a lot of trouble so for most of the week I was pretty uncomfortable. Once the show opened I made a trip to see my friends on the Deep Heat stand and picked up some of their amazing heat and cold pads to try which I have to say were great they really got me through the week. On returning from the marathon my back was still giving me a fair bit of trouble so I made the decision to take a break from training and focus on getting it right. A month later and lots of trips to see Phil Williams at Great Northern Physiotherapy  and Iâm pleased to say I was back to light training and building up to my big summer race http://www.osbevents.com/ Outlaw half at Holkham.

Holkham half probably came a little too soon for me but training seemed to be going well leading into it and I think the break I had with  my back injury did me more good physically and mentally than I realised. The swim went great swimming a big pb of 36mins on a long course in a very cloudy lake apparently its normally home to a lot of geese so I dread to think what I was swimming through never the less I came out of the water feeling strong and ready to ride. The good thing about being a weaker swimmer is itâs a great feeling passing so many people on the bike I managed to ride myself through the field and pretty much only had the elites in front of me. I had heard that Holkham run course was a tough 1 I just wasnât sure how tough well it turns out really tough. Out of transition you head straight up a hill which you have to repeat 3 times before the finish. Again as in Dubai all was going well till the last lap when sure enough the stomach cramped up and it all went wrong having to walk up the hill I honestly donât think I could of finished if it wasnât for my friend and fellow beaver  Chris Pugh who was midway through his run and gave me some much needed support. I finished Holkham with a time of 5hrs 6mins 19th in my age group and 128th overall still work to be done.

Since then I have race a sprint at the Lincolnshire edge triathlon placing 2nd overall and a standard distance at Bosworth triathlon where I finished 7th overall and 2nd in my age group both races went really well and I was able to run strong off the bike with no stomach issue. Before my next 70.3 I am going to have a serious look into my nutrition and try as much as possible to get it right for my next race and hopefully I can nail it and produce the time I know Iâm capable of.

For the next few months my focus goes back to the farm and harvest hoping that the years' work all pays off and itâs a good 1.

As usual a massive thank you to coach Stefan TRI-SL training for the awesome plans and support. My physio  Phil Williams at http://www.greatnorthernphysiotherapy.co.uk/ for keeping me in 1 piece throughout the year and his ongoing support. And last but by no means least my friends and family for putting up with me through my moods when Iâm tired from training and my injuries.

I wonât leave my next blog so long so hopefully I havenât bored you all too much with the length of this one http://twitter.com/AdamMadge?lang=en 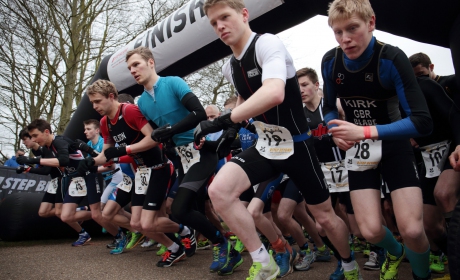